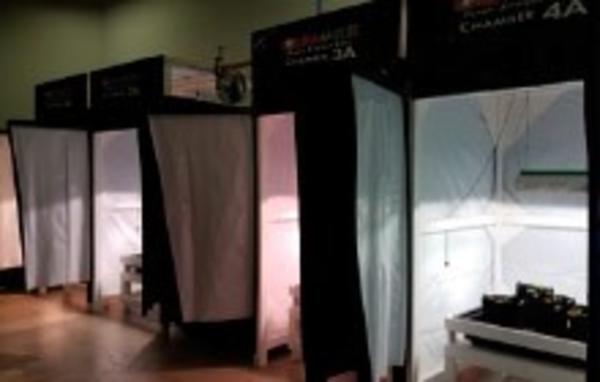 Did you know that Sunmaster is currently researching the effects of far-red on plant growth? While controlling growth medium, light cycle, height, ambient temperature and watering schedule; Sunmaster is comparing the effects of varying ratios of far-red to the red/blue regions of the spectrum. The study will include measure of plant compactness, height, internode spacing, time to flower and number of flowers.

Sunmaster first characterises the output of four varying lamp samples by measuring the output of each lamp in µmol/sec for each one nanometre band of wavelength. In addition to varying far-red output, lamps were selected with varying weights of red and blue energy. Therefore, the effect of far-red on blue weighted spectrum can be compared to the effect of far-red on red weighted spectrum.

The information learned from these tests will further assist Sunmaster in developing lamps with new tailored spectrum to optimize growth and yield.

In the absence of far-red radiation, such as when plants are raised under sole-source lighting (e.g. indoor growth chambers), leaves can be under-developed. Therefore, adding far-red to the light spectrum can increase leaf size, enabling plants to capture more light and potentially increase their growth. 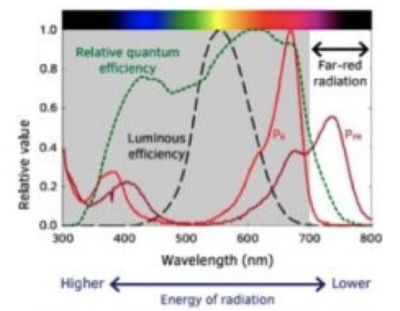 Far-red radiation, typically described as energy between 700 and 800nm, is very influential on extension growth, meaning it influences the size of leaves and the length of stems. For some plant species, flowering is accelerated most when photoperiodic lighting includes both red and far-red radiation. Therefore, lamps that emit red and far-red are advised, especially when crops are grown under light-limited conditions.

The far-red contribution varies significantly between different light sources. Measuring an assortment of light sources within our integrating sphere: