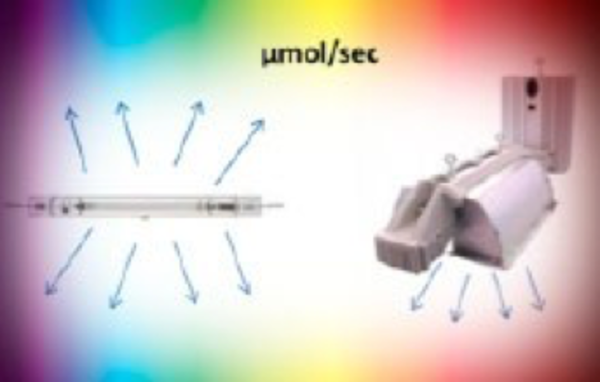 The end goal for horticultural lighting is fairly simple: provide plants the amount and type of light energy they need at the lowest energy cost. That being said, understanding the terms used to explain light output from lamps and complete fixtures (lamp, ballast and optics) can be somewhat challenging for the beginner to average grower. In a somewhat oversimplified format, a few lighting terms that may help you with your customer base are as follows:

The quantity of light (photons or particles of light) that drives photosynthesis. Increased photosynthesis enhances growth, quality and yield. The output of discharge lamps such as CMH or HPS is measured in µmoles/s, usually in the photosynthetically active radiation wavelengths between 400-700 nm. Industry 1000W HPS lamps typically deliver between 1,700 and 2,100 µmol/s.

When a lamp is placed within a fixture, the resulting µmol/s is affected by the fixture efficiency.

A typical fixture with specular aluminium reflector might have an efficiency of 80%, where 80% of the light produced by the lamp is delivered from the fixture. Therefore the output of an 80% efficient fixture would be 1,600 µmol/s when fitted with a 2,000 µmol/s lamp.

Of note, the µmol/s rating of lamps is typically specified when the lamp is driven to rated Watts. For example, a poorly made ballast, under-driving a 1000 Watt lamp to only 950 Watts should be taken into consideration as the resulting quantity of light would be diminished.

The unit for instantaneous light in a square meter. This takes into account the area that is being lighted for plant growth. 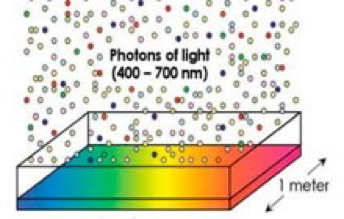 The cumulative amount of light in a square meter over 24 hours, measured in moles, (or 1,000,000 µmol). This is the same as an instantaneous measurement but totalled for a day’s worth of photons, analogous to a ‘rain gauge’ for light. Plants require DLI values between 2 and 30+, depending upon their species.

While µmol relates to the output of a light source, one must also consider the colours of light (spectrum) delivered within this output. In the spirit of keeping this simple, we’ll cover spectrum in greater detail in coming articles.